If you thought Kim Kardashian had the monopoly on nude selfies, you thought wrong, because Usher just got in on the action.

The 37-year-old singer used the water proof capabilities of his new cell phone as an excuse to post a Snapchat pic from the sauna and shower with his own gadget only partially covered up…causing fans to lose their minds.

Kudos to him, though, as the emoji he used wasn’t enough to fully cover up what he is packing down there.

“Blowinoffsteam,” he captioned the raunchy pic.

Someone at Samsung should give this (confirmed) man a similarly gigantic check for the best free viral marketing campaign ever! 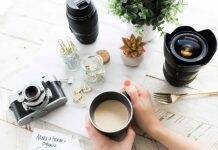