Bruce Springsteen on Friday disappointed fans in North Carolina by canceling a show to protest a state law he disagrees with.

“To my mind, it’s an attempt by people who cannot stand the progress our country has made in recognizing the human rights of all of our citizens to overturn that progress,” The Boss said in a statement.

The fuss is about a law, known as HB2, requiring transgender people in the state to use the restroom corresponding to the sex on their birth certificate.

Springsteen said canceling the show was his way of fighting “those who continue to push us backwards.”

“Some things are more important than a rock show and this fight against prejudice and bigotry – which is happening as I write – is one of them,” he said. “It is the strongest means I have for raising my voice in opposition to those who continue to push us backwards instead of forwards.”

The 66-year-old rocker is known for his songs about the struggles of working class Americans and was due to perform his classic 1980 album The River in Greensboro, North Carolina on Sunday. Springsteen himself does not reside in the state.

The punished fans from that very working class, who likely agree with their hero’s point of view to begin with, now have to plod on over to sales points for their refunds. 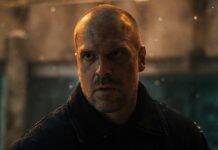 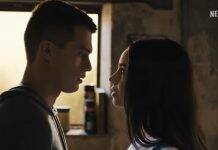