While the suited executives debated on the next dashing James Bond, fans on Twitter have rallied their support for a Jane Bond instead.

Fans used the #NextBond hashtag to tout X-Files star Gillian Anderson as the next Bond and the actress herself even got in on it.

“It’s Bond. Jane Bond,” she captioned a fan-made mock 007 poster. “Thanks for all the votes! (And sorry, don’t know who made poster but I love it!) #NextBond (sic)”

Since then, the Twitter army has gone into overdrive creating numerous posters featuring Anderson as the iconic spy.

In a Tumblr Q&A, a fan asked Anderson how she would feel about becoming the first female Bond.

“Well, it’s not news, it’s a fantasy. Someone made a fabulous poster and it started an intriguing conversation,” she answered. “Will it ever happen in the real world? More than probably not.”

Idris Elba, Damian Lewis and Tom Hiddleston have all been rumored to be considered for the role after the news broke that Daniel Craig would not be returning to the role. 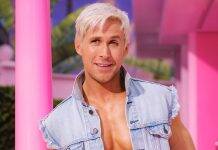