Kanye West launched into what can best be described as a Best Of rant while guesting on The Ellen DeGeneres Show.

When the host of the show asked the 38-year-old rapper about his controversial presence on Twitter, he launched into an epic seven-minute rant.

When asked whether he regretted some of his more controversial tweets, he said: “Absolutely not. What’s the point of thinking?”

“I have ideas that can make the human race’s existence within our 100 years better. Period.”

He then moved on to discuss the current absence of mega-influencers in our society, saying: “Picasso is dead, Steve Jobs is dead, Disney is dead. Name someone living that you can name in the same breath as them.”

“I feel I can make a difference through my skill set,” he added.

When asked about the #OscarsSoWhite controversy earlier this year, Kanye flew into another classic rant.

“I didn’t take the Oscars as a joke,” he said. “Talk about how many times you’ve been blocked from being able to excel, I didn’t take it as a joke. It ain’t no joke.”

We wish Kanye all the success, but perhaps blocking him from being able to exceed 140 characters is a good idea.

Our 15 Favorite Funny Ladies In Hollywood Who Never Fail To... 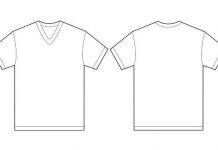