When municipal workers drill into the wrong cable they get fired, but when Kim Kardashian breaks the internet, she gets an award for it.

The reality TV star will accept the first-ever Break the Internet Award from the Webby Awards, the organizers of the award announced on their website.

The organizers will apparently award Kim’s “bold and creative” use of the internet to further her massive celebrity through body-positive selfies, blockbuster apps and her own set of emojis.

“She has shaped our understanding of how someone or something can draw the popular attention of Internet users everywhere,” a statement on the Webby Awards website reads.

“For breaking the Internet and putting it back together in her likeness, it is our privilege to honor Kim Kardashian West with the first-ever Webby Break the Internet Award.”

The 35-year-old beauty will receive her award at the 20th Annual Webby Awards on May 16.

Mesh dress: how to wear it without being vulgar? 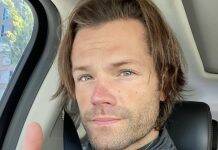