Taylor Swift and her friends have all been receiving disturbing death threats from the same online troll.

Police are currently on the hunt for the internet abuser who has been sending unsettling and incoherent messages to T-Swift and her BFFs Gigi Hadid and Cara Delevingne, TMZ reports.

“I will kill some of you,” the troll wrote to Taylor on social media.

To Cara Delevigne, the currently anonymous sender wrote: “I will kill your friends and I am excited about it.”

Reportedly it was Jaime King’s husband Kyle Newman who first picked up on the threats after King herself was targeted.

Police have since attained a warrant and are looking through Twitter’s records to find the abuser.

Taylor Swift is by now sadly accustomed to threats and dodgy encounters. A would-be intruder was caught on her property as recently as last month. 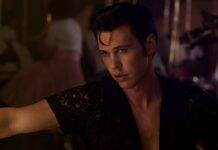