Amber Heard is not after Johnny Depp’s money and just wants authorities to protect her from her estranged husband.

That is how sources close to the broken couple have described Heard’s legal action against the 52-year-old actor, TMZ reports.

The publication also reports that Depp’s legal team have offered the 30-year-old actress a financial settlement of $50 000 in spousal support per month for eight months.

Heard’s team have reportedly not responded to the offer yet as the actress is hoping to secure a permanent restraining order against the actor in court next Friday.

We recently reported that Heard accused Johnny Depp of domestic abuse, filed for divorce and applied for a restraining order against the 52-year-old actor in the past few weeks. 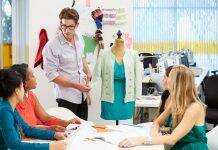