Kylie Jenner and Tyga have reportedly been seeing each other again as they might be getting back together.

The 18-year-old reality TV star and the 26-year-old rapper ended their relationship earlier this year, but now sources close to the couple claim they have been seeing each other casually, E! News reports.

“They are not back together officially but started seeing each other again romantically,” a source told the publication.

“It’s not as much pressure this time around because they both have had some space over the past few weeks apart. Tyga wants to get back with Kylie though.”

In a cringeworthy addition to the news, the source claims that “Tyga says that [she is] his wifey, in good or bad.”

Another source told PEOPLE magazine: “Tyga seems more interested in getting back together than Kylie does. Kylie still seems to enjoy being single. She acts like she is figuring things out.”

“But she likes Tyga’s attention and the fact that she has the upper hand now. Tyga is working hard to get her back.” 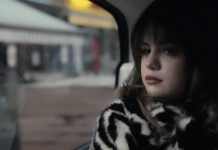