As if women needed another reason to be in love with him, Ryan Gosling just revealed he thinks women are superior to men.

The 35-year-old actor is the only man in a house with his partner Eva Mendes and their two daughters Esmerelda (1) and new-born Amada, Evening Standard Magazine reports.

“I think women are better than men. They are stronger. More evolved,” he said. “You can tell especially when you have daughters and you see their early stages, they are just leaps and bounds beyond boys immediately.”

“I’ve always liked women more,” the heartthrob continued. “They are better than us. They make me better.”

The Canadian star also revealed he is very much in touch with is feminine side. When asked what percentage woman he is, he said: “I’d say 49 per cent, sometimes 47 per cent.”

“It depends on what day you catch me.” 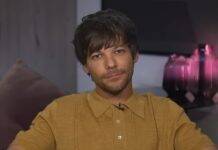 In an uncomfortable interview, Louis Tomlinson talks about the disagreement between...