Taylor Swift and Calvin Harris have broken up and the entire world is about to come to an end.

The couple dated for almost a year and a half, but recently a source told E! News that the “romance just wasn’t there anymore.”

Calvin, whose real name is Adam Wiles, reportedly broke it off with the pop singer, but the split is reported to have been handled in a mature manner.

Or so the Scottish DJ and record producer would hope as the 26-year-old blond beauty isn’t exactly known for peaceful resolutions.

Swifties and anyone with access to FM radio will remember Swift has written numerous scathing hit songs about previous exes including John Mayer, Joe Jonas and Harry Styles among others.

During an interview with USA Today in 2012, Swift remarked that she writes songs about her exes to “torment them.”

Better get your earplugs ready and duck for cover, Calvin. 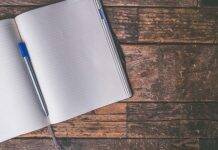