Cliff Richard is set to sue the police who investigated him for sexual allegations and the BBC who filmed the entire thing.

The 75-year-old pop singer was told last month that there was not enough evidence for a case against him, but Richard says the allegations alone were damaging.

According to the BBC, he said: “My life was effectively turned upside down and my reputation, worldwide, was unnecessarily damaged.”

“In the absence of satisfactory answers a court will determine whether or not their behaviour was justified and proportionate.”

In August 2014, BBC helicopters and television cameras attended a police raid on Sir Cliff Richard’s penthouse flat in Berkshire, but a parliamentary committee then found they had acted “properly.”

Richards, however, said “he would not want the same to happen to others whether in the public eye or not.”

“It is important not only for me personally but much more widely.” 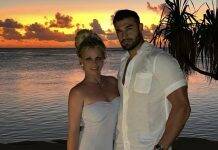