Openly gay actor George Takei is surprisingly not thrilled that the Star Trek character he made famous in the series will be portrayed as gay in the upcoming film.

The 79-year-old actor said that although he was excited that there would be a gay character, he felt that portraying Sulu as gay would not be true to the original character design.

“Unfortunately, it’s a twisting of Gene’s creation, to which he put in so much thought,” Takei told The Hollywood Reporter. “I think it’s really unfortunate.”

John Cho, who stars as Sulu in the upcoming Star Trek Beyond film, disagrees and said the subject was handled very smartly.

“I liked the approach, which was not to make a big thing out it,” he told the Herald Sun. “Which is where I hope we are going as a species, to not politicize one’s personal orientations.”

Star Trek Beyond will open in US theatres on July 22.

20 Celebrities Who Went From Friends To Frenemies 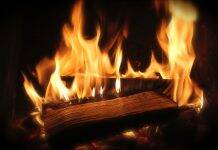