Jay Z has released a new emotional song addressing the killing of young black men by police offers in the US.

The song is titled “Spiritual” and on it Jay Z raps “Got my hands in the air in despair/don’t shoot/I just wanna do good.”

The song was released on his Tidal streaming service along with a lengthy open letter in which the 46-year-old wrote that he considered releasing it after the 2014 murder of Michael Brown, in Ferguson, Missouri.

“I’m saddened and disappointed in this America,” he wrote. “We should be further along. We are not. I trust God and know everything that happens is for our greatest good, but man… it’s tough right now.”

Both men were gunned down by police in separate incidents days apart recently and it has caused a massive outcry on social media.

In her statement, Beyoncé wrote: “We are sick and tired of the killings of young men and women in our communities.”

“It is up to us to take a stand and demand that they ‘stop killing us.’”

Madonna And 10 Other Celebrities Who Are Obnoxiously Full Of Themselves 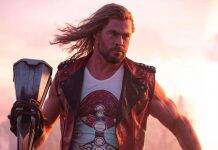