Rob Kardashian has sparked rumours that he might be breaking up with Blac Chyna after he removed all traces of her from his social media.

The reality TV star not only removed all traces of his fiancé from his Instagram account on Monday, but he also unfollowed her.

This comes shortly after it was reported that the couple had a furious argument while filming for an episode of Keeping Up with the Kardashians. This was because Rob apparently found some suspicious messages on his wife-to-be’s phone.

“They filmed over the weekend and had an argument,” a source told People magazine. “Rob tends to blow up and react very fast…They have rushed their relationship so much.”

We reported earlier that the couple got engaged in April after only a few months of dating. In May, they announced they are expecting their first child together.

“They are both very excited about the baby,” the source added. “It’s hard to see Rob and Chyna actually splitting.”

“Rob is looking forward to becoming a dad. It would take a lot for him to break up with her.”

All those haters who claim that Blac Chyna is using Rob K to gain fame will probably have a field day with this one. 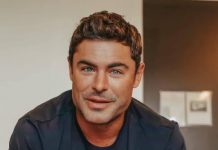