On Sunday night Beyoncé became the MTV Video Music Awards’ most awarded artist ever by adding seven more statues to her collection.

She now has 24 awards to her name and what might even be more impressive is the long list of nominations she has received.

In this list we look at the 40 MTV VMAs Queen Bee did not win! Kanye would be very upset over all of this. 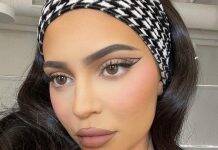