Bette Midler has delivered an underwhelming apology after she made what fans perceived as transphobic comments aimed at Caitlyn Jenner.

On Saturday, the singer and actress tweeted about the cancellation of Jenner’s reality TV show I Am Cait and her fans did not take it so well.

She started her tweet by asking, “Now that @IAmCait has been cancelled, will she go back to being Bruce?”

“Will Kris take him back? Do I smell a re-wedding?!”

Fans immediately shot back at the 70-year-old to show their distaste for her mean tweets.

“There are ways to discuss Caitlyn Jenner being trash without misgendering her lol @BetteMidler,” Twitter user @prasejeebus wrote.

“Transphobia hurts a lot coming from those we trust,” @EastWindBlues tweeted.

Midler then quickly put the brakes on and tweeted an apology…sort of.

“DEAR FRIENDS @HRC, WHOM I HAVE ALWAYS SUPPORTED. SORRY LAST TWEET OFFENDED. AN IDLE MUSING. I SEEM TO HAVE MISREAD THE TEMPER OF THE TIMES.”

Fans were not convinced by her underwhelming apology though.

“By ‘misread the temper of the times,’ do you mean you thought society at large was transphobic enough to laugh along with you? @BetteMidler,” @Secret GamerGrrl tweeted.

Midler is of course no stranger to rubbing people up the wrong way on social media. Remember when her comments about Kim Kardashian’s nude selfies turned into a full scale Twitter feud? 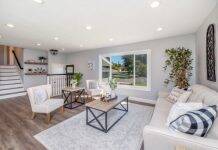