Britney Spears almost drowned recently when she was hit by a big wave in Hawaii.

The “Make Me” hitmaer revealed that she almost didn’t make it when “huge six-foot” waves hit her while she was enjoying the beautiful sea on the island.

“I went out and I thought it was like a wave pool, and I was like, ‘This is so nice and refreshing and just ­beautiful,’” Britney recalled in her interview with Scott Mills for his BBC Radio 1 show.

“But the thing I didn’t think about is when you come back, the waves really come in hard. I got sucked under for like five minutes. I almost drowned,” the 34-year-old said.

“And I’m like, ‘Where is my security? They’re just going to let me die here.’ And then I came in again and another wave took me under.”

The blonde beauty, who has sons Sean, 10, and Jayden, nine, with her ex-husband Kevin Federline, luckily survived the scary encounter with Mother Nature. 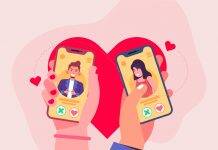 Madonna And 10 Other Female Celebrities Who Prove Women Can Still...