The internet mob has set their sights on Ellen DeGeneres after she posted what is, according to them, a racist picture on social media.

After Usain Bolt’s laughably easy 100m win at the 2016 Olympic Games in Rio de Janeiro, the comedian posted a picture of the athlete running with his trademark grin on his face.

The photo was doctored to include Ellen riding piggyback on the Jamaican sprinter.

“From now on, this is how I’m running errands,” she captioned the picture.

To those with a broad idea of what common sense is, the picture is merely a TV host’s cringeworthy attempt to piggyback on the athlete’s remarkable prowess and unanimous likability.

The highly micro-observant, but utterly humourless internet police have deemed the image of a white woman riding a black man racist, though.

“You thought it’d be funny to post a pic of yourself riding on the back of a Black man? Nope. Delete this racist garbage,” Twitter user @MikeAllen_47 wrote.

“So riding on his back like a mule, a horse as some form of property is fun to you…” user @MiQL added.

“Ellen must learn how real her white privilege is,” @staywokeplaya chimed in.

It is still not clear how a joke connecting running errands to the fact that Usain Bolt runs faster than anyone else has anything to do with skin colour, but Ellen apologised nonetheless.

“I am highly aware of the racism that exists in our country,” she tweeted in response to the backlash. “It is the furthest thing from who I am.” 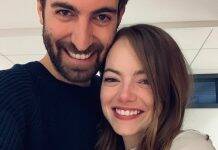