For once Kanye West had his thunder stolen at the MTV VMAs and this time it was the star of his own music video.

Shortly after finishing an extended incoherent rant during Sunday’s award ceremony, Kanye played his new video for the song “Fade” and the world was mesmerised by Teyana Taylor.

Imma let you finish researching her bootylicious body later, but first let’s investigate who she is.

Apparently Kanye has actually known Taylor for years and she is signed to the rapper’s GOOD Music label as a dancer and singer, Daily Mail reports.

The 25-year-old beauty previously appeared in Jay-Z’s 2007 clip for “Blue Magic” and even before that, she was signed to Pharrell Williams’ Stark Trek imprint at the young age of 15!

Her career never took off under Pharrell, but she soon struck up a friendship with Kanye over a shared interest in fashion and when he finally heard her sing, he knew she had star quality.

Her hunky co-star in that saucy shower scene is actually her husband (sorry, boys) Iman Shumpert, who plays basketball for the Cleveland Cavaliers in the NBA.

The video also appears to feature the couple’s daughter Iman Tayla Shumpert Jr., who is also known as Junie.

So yes, that is the body of a mother… Imma let that sink in for a second. 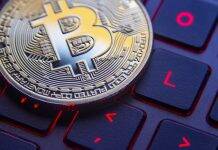 The Biggest Cryptocurrency Trends in 2021