Kris Jenner was involved in a car collision that wrecked her Rolls-Royce and possibly broke her wrist on Wednesday.

A Toyota Prius allegedly ran a red light and crashed into the front end of the Kardashian monarch’s car, TMZ reports.

Her airbag was deployed, but the impact was hard enough to injure her hand. Paramedics have treated her on the scene, but we are still awaiting news if her wrist is in fact broken as feared initially.

The 60-year-old has since told E! News that she is okay and just a little “shook up” after the accident.

On Twitter, the Keeping up with the Kardashians star’s youngest daughter Kylie Jenner responded to a concerned fan.

“I was not involved in the accident. Everything’s okay,” she tweeted.

We are happy to hear Kris is doing fine, but not so happy to report that the wrecked Rolls-Royce was only a week old! 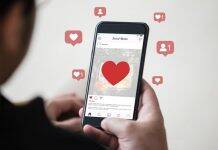