Adele has revealed that she doesn’t allow certain staff members to come near her as she is afraid she will pick up their germs.

The “Hello” hitmaker said she recently had to cancel a gig after possibly picking up a cold from one of her staffers, British newspaper The Sun reports.

“I had to cancel a show on the last leg of my tour in Phoenix, Arizona and I’ve actually never been so devastated in my life,” she told her audience in Michigan on Wednesday before revealing her new precautions to prevent that from happening again.

“If they don’t have a badge, you are quarantined.”

After the 28-year-old star was forced to cancel the gig in June, she posted a video on Instagram in which she told fans: “I’m really, really sorry. I’ve had a cold for a couple days, and I’ve been pushing through it and I did my show last night and I loved it, but I pushed too hard. And my cold has gotten the better of me.”

“I’ve enjoyed my tour so much and cancelling shows is not something I want to do,” she assured fans. “I’ve pushed through a lot of things that I’ve been trying to sing all morning and warming up and nothing is really happening.”

Remember to bring your surgical masks to Adele’s next meet and greet event…and try not to sneeze near her! 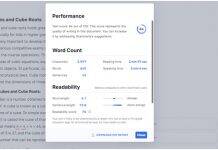