The Game just claimed he had sex with not one, not two, but three Kardashians!

The 36-year-old rapper last month dropped a new track called “Sauce” in which he claimed to have “f***ed three Kardashians,” but that was a bit of an overstatement he has now said.

Only just, because he has revealed that he has in fact slept with two Kardashians and also another Kardashian adjacent celebrity.

The Game appeared on the The Wendy Williams Show on Tuesday and the host grilled him about his reputation for romping through the Kardashian clan.

“I’m going to ask you again. Because no matter what you say I think you hit it at least once,” the host probed about his rumored relationship with Khloé.

The “Let’s Ride” hitmaker, who was romantically linked with Khloe in 2014, simply replied: “Yeah.”

He then quickly set the record straight and said he definitely did not sleep with Kourtney…leaving only Kim.

“I’ll tell you this, Kanye is a really good friend of mine and he’s got really beautiful kids and I don’t want to disrespect their family,” the rapper cryptically said. So who was the other Kardashian, then?

“It gets a little tricky,” The Game explained. “Chyna ain’t married yet. It’s all good, you know what I’m saying…but she cool too.”

Blac Chyna is of course engaged to and expecting the baby of Rob Kardashian.

Host Wendy then clarified the situation and said: “So in conclusion Game has been romantical (sic) with Khloé, Chyna and Kim?”

“Yeah but in all chillness and love,” he replied. “In all love. Sometimes things happen and their uncontrollable. But I’m a good guy and those are good people, it’s all love.”

My goodness, how could this affect that Kardashian family tree of marriages and children and sex with rappers and basketball players? 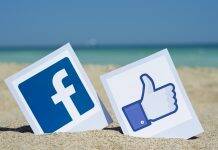