All our favorite celebrities, bloggers, fashion editors and, of course, the Kardashian clan came out in full force to support the rapper on his big day, British newspaper Mirror reports.

Kanye chartered buses to take his guests to Roosevelt Island, but apparently it wasn’t exactly glamorous.

One New York Times Style reporter likened the show to a “middle school field trip” while an editor from Fashionista.com joked: “The #YeezyBus is really glamorous, guys! Especially when the bathroom door swings open and nearly slaps us.”

While onlookers battled for space in the shade and a view of the new line for Adidas, the models, including Chanel Iman, Sophia Richie and Teyana Taylor, had an even worse time baking in the sun.

The thermometers at Franklin D. Roosevelt Four Freedoms Park hit 30 degrees Celsius and many complained that Kanye did not provide any food or drinks. Everyone was hot, thirsty and hungry waiting for the show to begin, but it ran an hour and a half late as well!

MailOnline even reported that one of the models fainted from the heat and photos doing the rounds on Twitter clearly show the models sipping on bottles of water like they are about to pass out.

Stella Bugbee, who is an editor for New York Magazine‘s The Cut, tweeted: “Most awful thing I have ever seen at #NYFW. Getting the f*** out of this. #YeezySeason4 what a nightmare (sic)”

What else did we expect from Yeezus? 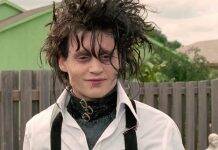