Khloé Kardashian recently started dating basketball star Tristan Thompson and he has already gotten the approval of her influential mother.

Kris Jenner attended Drake’s Los Angeles concert with Khloé and the Cleveland Cavaliers player over the weekend where she met the baller.

“It was clear they were a couple,” a source close to the Kardashians told E! News. “They were PDA-ish but not overboard though, laughing together a ton and having a super good time.”

The couple also recently enjoyed a getaway to Mexico together where they were seen putting on another public display of affecting by their hotel pool.

“He’s a really nice, good guy and she seems very happy with him,” the insider said.

“It’s unclear for now if it’s going to turn [into] anything super serious, but for now they’re having a good time together.”

We wish Khloé all the best after enduring a torturous divorce from Lamar Odom! 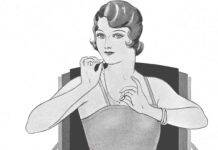 What Is a Girdle?