Most of us have innocent celebrity crushes, but Leslie Jones just wants that sex with John Mayer.

The Ghostbusters star met the singer-songwriter on the Emmy Awards red carpet at the Microsoft Theater on Sunday and could not hide her excitement.

Mayer reportedly told the 49-year-old actress that he would write a song about her, but she had bigger plans.

“He said he had s gonna write a song about me. I think he should have sex with me instead am I wrong? (sic),” she wrote on Twitter.

Mayer has dated a string of celebrity beauties including Taylor Swift, Jennifer Aniston and Katy Perry in the past, so who knows?

Jones was clearly in a playful mood on Sunday as she laughed off her recent security problems on her Twitter account.

The Saturday Night Live comedienne was recently harassed online after her website was hacked and vandalized with personal details from her passport, driver’s licence and nude pics.

While joining the Emmy accountants on stage, she jokingly asked them to keep her Twitter account details as well-guarded as the Emmy Awards results.

“Y’all protecting something nobody is trying to steal. Don’t nobody want to know about boring Emmy secrets,” she joked. “But since you good at keeping things safe, I got a job for you – my Twitter account. Put that in the vault, please.” 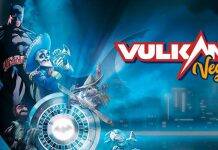