Zayn Malik has backed out of doing a show in Dubai next month as he claims to be suffering from severe performance anxiety.

The “Pillow Talk” hitmaker was set to appear at the Autism Rocks Arena in Dubai on October 7, but he has since canceled as he does not feel “sufficiently confident.”

In a statement addressed to fans, Malik said: “I have been working over the last three months to overcome my extreme anxiety around major live solo performances I feel I am making progress but I have today acknowledged that I do not feel sufficiently confident to move forward with the planned show in Dubai in October.”

“I am assured that all tickets will be refunded,” he added. “I am truly sorry to disappoint you. I hope to see you all soon.”

Organizers 117Live said they were “disappointed” by the cancellation, but they are not holding a grudge against the former One Direction singer.

“Whilst disappointed not to be hosting the planned Oct 7th. Dubai concert we appreciate Zayn’s honest apologies and wish him all the best for the future,” the company’s CEO Thomas Ovesen said.

This is not the first time Malik has pulled out of a planned event because of his performance anxiety. In June, he was due to perform his first UK gig since leaving One Direction at the Capital FM Summertime Ball in London, but pulled out at the last minute.

Maybe working in a group context would be good for Zayn? One Direction reunion? 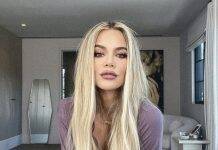