Pamela Anderson recently appeared in the final nude issue of Playboy magazine and she said it was all because of her son’s encouragement.

The 49-year-old actress said it was a real honor to strip down for the 14th time on Playboy honcho Hugh Hefner’s request, but she was mostly swayed by the urging of one of her kids.

The blonde beauty shares sons Dylan (20) and Brandon (18) with rockstar ex-husband Tommy Lee and it was one of these supportive young men who gave their mom the push to strip down one last time.

In an interview with Dazed magazine, she also commented on the important role her involvement with Playboy played in her life.

“I really miss the Playboy days, It was wild…”

“It was my university: sex, art, philanthropy, and just being around really talented, wonderful people,” she continued. “On Sunday nights we would all watch movies and stay around for the Jacuzzi.”

“I even used to call Hef up in the middle of the night and ask him, ‘What are you doing?’ He would say, ‘I’m eating a peanut butter sandwich. Come on over!'”

“It was really innocent,” she said, before reconsidering. “I mean, we weren’t too innocent, but it was very free and nothing compares.”

More power to you, Pamela! 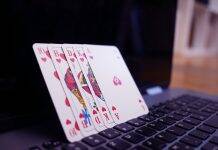