Rita Ora has said that she found it very “rude” and “disrespectful” to be accused of cheating with Jay Z after the release of Beyoncé’s Lemonade.

We reported earlier this year that the Beehive speculated that Ora was in fact the “Becky with the good hair” the rapper’s wife references in her latest album and musical film.

Rita insists that the celebrity power couple are two of her idols and that she has no interest in taking part in any gossip.

“I still look up to him and his wife every day. Beyoncé was one of my biggest idols growing up,” she said. “That [pin] was a present from Katy Perry. Maybe I was the only one seen wearing it, but there were others.”

“As for the rest of it, I’m oblivious. I’m just not the gossip queen.”

We also reported that Queen Bee’s intense (and possibly insane) online followers then rallied to harass fashion designer Rachel Roy, who they also considered a suspect.

“I find it incredibly rude and disrespectful to women in general [when] we get accused of something that’s basically against the important part – the music,” Rita said.

“I think in general I’ve learned my lesson to not talk about relationships and gossip because I’ve been at the center of it a few times and it’s not worth it.”

Especially when the Beehive gets involved, hey Rita? Ian Somerhalder talks about his return to ‘The Vampire Diaries’ 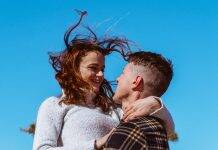