Tom Hiddleston has revealed that he is still friends with Taylor Swift after their whirlwind romance came to an abrupt end.

The 35-year-old actor and the pop star recently ended their global PDA tour, but Hiddleston says they still remain friends despite the buzz over who dumped who.

When asked on Sunday at the Emmy Awards whether they are still friends, the British actor said: “Yes. Yes, we are.”

The Thor actor seems to have put the breakup behind him very quickly as eyewitnesses claimed he was getting close to actress Priyanka Chopra at an after-party.

“Tom had his arm around her and held her close,” one witness told E! News. “Afterwards, Tom and Priyanka talked closely and were holding hands at one point for a few moments.”

“Priyanka fixed Tom’s bow-tie and then the two kissed on both cheeks,” the source continued.

We recently revealed that Hiddleston and Swift broke up over an apparent argument over Tom’s desire for a very public relationship. 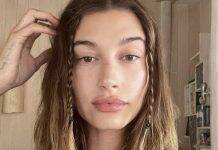 Hailey Bieber talks about the importance of therapy in her life