Angelina Jolie had to answer questions for the FBI in a grueling four-hour interview over Brad Pitt’s alleged abusive behavior.

The actor is alleged to have been verbally and physically abusive towards their 15-year-old son Maddox on a flight in mid-September days before Jolie filed for divorce.

The Allied star is also alleged to have been under the influence of alcohol at the time of the incident that was reported to be the final straw for Jolie.

“The agents wanted a breakdown of everything that happened from when the plane took off to when it landed. Angelina fully cooperated,” a source close to the former couple told Us Weekly.

The FBI got involved because the incident took place in mid-air, making it part of their jurisdiction, but Angelina had previously vowed not to cooperate with any investigation if it would stand to harm Brad.

It has now been reported that the Department of Children and Family Services have interviewed Maddox, Pax (12), Zahara (11), Shiloh (10), and eight-year-old twins Knox and Vivienne in their own investigation.

This after the court granted Angelina temporary sole physical custody while Brad is allowed to visit his kids under supervision.
Can this get any uglier? 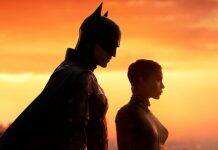