Kanye West has cancelled the extravagant birthday party he had planned for Kim Kardashian later this week.

The reality TV star will turn 36 on Friday October 21, but sources close to the pair said that it will be a very much scaled down affair, Daily Mail reports.

This after Kim’s horrific ordeal in Paris two weeks ago when she was bound, gagged and robbed of jewels worth around $10 million.

While Kim has cancelled numerous public appearances, taken off work and even stopped sharing her every move on social media in favor of some self-reflection and counting non-material blessings, Kanye has forked out for some more material blessings.

The 39-year-old rapper is said to have spent $50 000 on a pair of ruby drop earrings from designer Lorraine Schwartz to gift his wife as a birthday present.

“Kanye is devastated he has to cancel, but his family’s security come first,” a source told British newspaper The Sun.

“Now they will do something low key instead. He’s made sure he will still spoil her with the stunning one-of-a kind earrings though – as he doesn’t cut corners when it comes to his missus.”

The lavish birthday bash was set to be hosted at Hollywood venue The Nice Guy and stars including Ciara, Kelly Rowland, Caitlyn Jenner and Blac Chyna were all on the guest list. 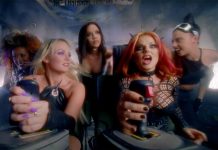