The 30-year-old actress will be opening the new club in Athens, Greece over the weekend, TMZ reports.

Her new boyfriend Dennis Papageorgiou reportedly had the idea to open the new hotspot with Lindsay and to put her name above the door.

This came shortly after she very publicly broke up with her fiancé Egor Tarabasov.

A representative of the Lohan Nightclub told the New York Post’s Page Six column: “Lindsay and Dennis are getting ready to welcome the Athenian enfant gâté, as well as Lindsay’s Hollywood circle, at their new nightclub in downtown Athens.”

Lindsay wrote on Instagram: “Getting ready for #LOHANNIGHTCLUB #athens (sic)”

Sources also say Lindsay will make two or three appearances at the establishment that will reportedly have an “abandoned factory” look.

Lindsay mostly has vast experience partying at nightclubs, but Dennis is a Greek restaurant and bar owner.

The two met at her 30th birthday party in Mykonos, but at the time she was very much in love with Egor. That was before he wrestled her to the ground over a mobile phone! 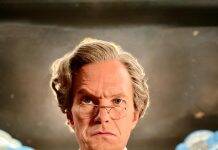