By now we know that the Kardashians like keeping it in the family when it comes to love, but this is too close!

Rob Kardashian has admitted that one of his childhood crushes was his own sister, Kim Kardashian.

The reality TV star awkwardly conceded that his voluptuous big sis had him blushing as a kid and although we would have loved to be in his shoes, we’re judging him hard.

In a painfully cringeworthy clip E! Network produced, Rob and his fiancé Blac Chyna discuss their childhood crushes and she was quick to mention his love for Jennifer Lopez.

The conversation then quickly goes a little off when Chyna adds Kim to Rob’s list of childhood crushes.

“That is also pretty accurate. Umm,” Rob sheepishly admits in the video. “These are facts,” Chyna then confirms with a laugh.

Someone should really send these people a family tree so they don’t get tangled up in something illegal. 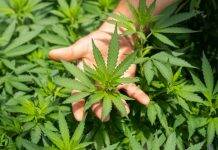 Jennifer Lopez shares photos from her wedding to Ben Affleck