Just when we were starting to get used to the idea of Instagram without Justin Bieber…now Kendall Jenner has quit!

On Sunday, fans who went to see the latest on the 21-year-old model’s page were greeted with the dreaded message: “Sorry, this page isn’t available.”

If you look at our gallery above from earlier this year, you’ll see Kendall was one of the most popular stars on Instagram.

There was also no warning that she would deactivate her account as her most recent post were all the standard fare of Kardashian family pics and raunchy modeling shots.

At least Justin Bieber threatened his fans before actually following through on his walkout on Instagram.

Some people pointed to shade thrown at the model after she recently posted photos from a modeling shoot in which she posed as a ballerina.

Real ballerinas were triggered on Twitter and relentlessly bullied the model for simply doing her job of pretending to be things she’s not for money.

“I’m having nightmares about Kendall Jenner trying to do ballet and I’m so OFFENDED it hurts,” one super offended Twitter user named @NotHoboSheep tweeted.

Jenner then responded by tweeting: “With my Vogue Spain shoot, I didn’t even know I was going to be a ballerina until I went into hair and makeup.”

“I never said I knew ballet and I didn’t practice beforehand. I just show up to do my job!”

You pretended to be a ballerina on a photo shoot where everybody knew you were a model posing as a ballerina? That is just offensive! Are you trying to say that Ben Affleck is not really Batman, Kendall? 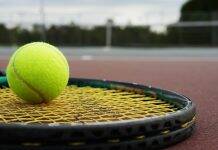