Kim Kardashian has been warned that having another baby could be life-threatening.

The reality TV star, who has three-year-old daughter North and 11-month-old son Saint with her husband Kanye West, recently admitted that she would love to have another child.

The family’s doctor Paul Crane has strongly advised the 36-year-old beauty against it following the complications she suffered during her last pregnancy.

“Lately I’ve been thinking I would love to maybe have another baby,” Kim said in a recap of Keeping up with the Kardashians. “But like I had two really difficult pregnancies and really difficult deliveries so getting pregnant again it’s something that does concern me.”

Her doctor then tactfully told her: “Here’s what I think, your pregnancies, you had toxaemia, you had a retained placenta, very traumatic, we’re always worried about the next serious complication.”

“I think the potential fear of the whole situation is legitimate,” he added. “You never know that you might not have the same type of problem that might be more serious this time.

“There are situations where retained placenta could be life and death.”

Kim’s 61-year-old mother, Kris Jenner, then bluntly chimed in saying: “You could bleed to death.”

Don’t do it, Kim! Tell Kanye to wear one! 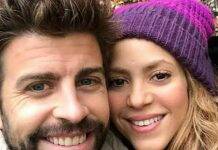