Mariah Carey has rejected the very strict conditions of the prenuptial agreement fiancé James Packer handed to her.

According to TMZ, the agreement even states that the couple would have to state in writing that they were giving each other gifts.

The document reads: “Except for gifts between them for their engagement, wedding or on birthdays and anniversaries, no item of jewelry and/or personal adornment costing over $250 000 will be deemed a gift unless accompanied by, or promptly followed by, a writing specifically stating ‘This is my gift to you.’”

The document was also specific about Mariah’s spending on clothes and states that she would foot the bill for clothing her twins Moroccan and Monroe. They are, of course, not Packer’s kids, but her ex Nick Cannon’s.

The document also stated that “James shall cause a credit card(s) to be issued for use by Mariah and staff…the amount of expenses…shall not exceed US $____ per calendar month,” with the amount left blank.

The negotiations over the document reportedly broke down over the amount Packer was willing to pay Mariah if they marriage came to end.

The 49-year-old had $6 million in mind in that scenario, but now Mariah is looking to get $50 million from him without even tying the knot! 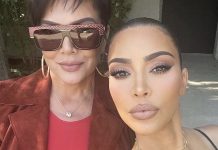 From Captain Marvel to Wonder Woman: The 10 Best Female Superheroes