Leonardo DiCaprio and the head of his foundation met with Donald Trump to discuss green jobs earlier this week.

The super environmentally sound actor met with the US President-elect to discuss how going green can help save the environment while boosting the economy.

In a statement, Terry Tamminen, the CEO of DiCaprio’s foundation, said the green team gave Trump, his daughter Ivanka and other members of his team a brief about how renewable, clean energy could create millions of jobs.

“Today, we presented the President-elect and his advisors with a framework that details how to unleash a major economic revival across the United States that is centered on investments in sustainable infrastructure,” Tamminen said.

“Our conversation focused on how to create millions of secure, American jobs in the construction and operation of commercial and residential clean, renewable energy generation.”

DiCaprio has long been one of the most vocal voices in the green crusade and he reportedly recently met with Ivanka on another occasion where he presented her with a copy of his documentary, Before the Flood.

Thanks, Leo. That one will probably go unwatched, but thanks anyway.

Leo is also one of the few Hollywood stars (check out our gallery above for the rest) willing to talk to or about Donald Trump without throwing out the usual buzzwords of trendy opposition, so we can give him credit for that. 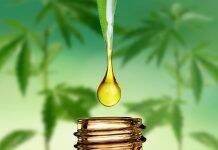 The Rise Of Trophy Husbands: Amal Clooney and 14 Other Powerhouse...

Laverne Cox: What Beyoncé taught me