Soon-to-be model Dakota Lohan’s spinster skills may rival those of men in politics. “I’m a student and a surfer,” the 20-year old told W Magazine in an interview published just after Christmas. “I’ve always put both of those interests first, but it was my family who gave me the confidence to undertake modeling.”

They might have given him just a little nudge, too.

Radar Online and other sources have reported that Dina Lohan, mother of oft-troubled actress and celebrity Lindsay Lohan, may be pushing Lindsay’s younger brother Dakota into a modeling career as a means of helping pay off the elder Lohan’s debts, including an on-going foreclosure of the 54-year old Mom’s Long Island home.

A state clerk in Sacramento County told Radar that Dina still owes the New York government almost $5000 from 2016, and a still-open lien from 2015 also faces an out-standing debt of $4700.

Dakota’s higher-education costs may be contributing to the family’s financial woes. The Lohan sibling, who cannot yet order a legal beer, has been attending college and training for what he hopes will be a career in surfing and skateboarding.

But the young athlete’s modeling journey is already on a fast track. In 2016, the New York Daily News reported that Dakota, formerly known as Cody, had a contract with the modeling agency IMG. The firm represents A-list catwalk superstars such as Gigi and Bella Hadid.

It is not the youngest Lohan’s first blush in front of the camera. As a 9-year old, “Cody” Lohan frequented runways in shows for Child Magazine fashion collections.

In the interview with W, Dakota hinted at an X Games-friendly style in his upcoming shoots. “I grew up watching videos of people like Dylan Rieder and Dane Reynolds. Their style has left a lasting impression,” Lohan said.

But the studious young man also hinted at a more intellectual and dork-chic approach, confessing an affection for wool jackets and Vans, a tennis shoe brand often worn by hip youngsters in the United States. 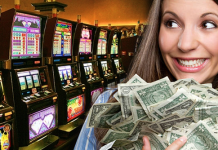