Paris Jackson is speaking to friends and family out of concern for her little brother Michael II, or “Blanket,” as the 15 year-old has found himself living all alone on the family estate in Calabasas, California, according to a new report published in TMZ.

Blanket lives at the property without cousin Tito Joe, 38, and grandmother Katherine, 86, his legal guardians following the King of Pop’s sudden death in 2009. Family matriarch Katherine is staying with her oldest child Rebbie, 66, in Los Angeles after spending a reported two months in London, where she is thought to have received medical treatment.

The 19 year-old model also has concerns about Rebbie’s possible influence over Katherine, who has reportedly not spoken to any of her grandchildren since her trip overseas. The trip was an eventful one, as Katherine observed first-hand the falling-apart of Janet’s marriage to Wissam Al Mana.

In spite of all, Blanket has been scoring straight-A’s in school and receives attention from Tito’s wife Frances on a daily basis. 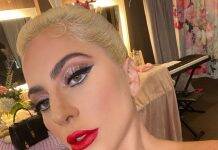