When you hear about celebrities, what do you think of? Frozen smiles and rehearsed poses in front of a camera, lights and flashes, red carpets, awards, designer outfits… oh! And of course, their indisputable talent on the big screen.

But behind all the Hollywood star paraphernalia, often hides a striking talent other than acting, that is: polyglotism.

Whether it is because they were born and raised in a different country, their parents taught them, they lived abroad, or they simply wanted to expand their horizons, many of your favorite celebrities have mastered more than their native languages.

While most actors in Hollywood have gained fame from playing in English speaking films, some of them have become fluent in two, three, four, and in some cases even five languages. Who are these secret polyglots? Let’s find out!

Historic! With ‘Midnights’, Taylor Swift alone dominates the Top 10 of... 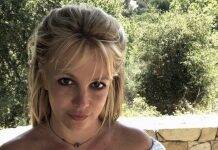