Hobbies can help us to fill an empty void in our lives and allow us to relax during our free time. While you may enjoy reading, hiking, or doing yoga as your favorite hobby, you may be surprised to learn that many popular celebrities share the exact same interests. There are also some celebs that enjoy hobbies that are a bit out of the ordinary. Here are 25 of the most interesting hobbies that our favorite celebrities enjoy.

1. Emma Watson Loves Zen Workouts
Emma Watson is one of the most popular actresses in Hollywood having just starred in the blockbuster Disney hit Beauty & the Beast, on top of her well-known portrayal of Hermione Grainger in the Harry Potter series.

Watson recently revealed in a Twitter Q&A that she enjoys taking part in Zen workouts. She has mastered the craft so well that she is even qualified to teach others.

2. Antonio Banderas – Fashion Designer
Antonio Banderas has starred in many memorable roles throughout his career from the infamous Zorro to providing the voice behind the character of Puss in Boots for the Shrek films. The 55-year old movie star has recently taken up the hobby of fashion design. He has even enrolled in classes at Central Saint Martins, one of the most respected art and designs schools in the world.

3. Prince William and the Duchess of Cambridge Enjoy Deep Sea Diving
They may be some of the most beloved royals that have graced the United Kingdom in decades, and with good reason. William and Kate are the picture-perfect couple with a beautiful family. The royal duo also love to take part in their hobbies together, and are both certified to dive 98 feet under the sea without an instructor present.

4. Leslie Mann Loves to Unicycle
The comedian known for her roles in movies such as 17 Again, Orange County and Knocked Up has admitted that she loves to ride a unicycle and says that she’s very good at it. She’s not alone with her love for the one-wheeler. Other celebrities that enjoy this unusual hobby include The Avenger’s Mark Ruffalo and Split’s James McAvoy.

5. Blake Lively Can Hang Ten
The actress well-known for her fashion sense has taken on a hobby that is a little less prim and proper. The Gossip Girl alum recently starred in the feature film The Shallows, which could have contributed to her love for surfing. She recently shared a pic on her Instagram page having fun in the sun.

6. John Travolta Has Always Loved to Fly
The actor best known for his roles in classic films such as Grease, Saturday Night Fever and Urban Cowboy has been interested in planes and flying ever since he was a little boy. His hobbies not only include collecting planes (he owns five), but also flying them since he has an actual pilot’s license.

7. Kaley Cuoco is a True Equestrian
The actress who plays Penny on the Big Bang Theory loves horses and owns two named Thor and Poker Face. She has even entered horse-jumping competitions in Santa Barbara and tweeted on her personal Twitter account about her fun filled day of competing.

8. Angelina Jolie Collects Medieval Cutlery
The actress and mom of seven enjoys collecting various types of historical knives. Some of the most unique pieces in her collection include those from the Renaissance era and several medieval daggers. She is also known to collect swords and other antique knives.

9. Nick Offerman is Obsessed with Woodworking
The Parks and Recreation actor enjoys working with his hands and has always loved woodworking. He especially loves to create boats and has recently been pictured with one of the canoes he designed himself. He even has his own official website where he sells custom craft projects.

10. Bruce Willis Can Play the Harmonica
In 2013, Bruce Willis shared his hobby with the world when he played the harmonica during his monologue when he hosted NBC’s Saturday Night Live. But who could forget that Willis had a brief singing career as his alter ego, Bruno Radolini.

11. Sylvester Stallone Loves to Paint
Who would have thought that the guy behind such characters as Rocky and Rambo would be interested in the fine arts? The American actor who has starred in more than 50 movies throughout his career has always enjoyed working with watercolors and oil paintings. Some of his artwork has been presented in exhibitions and sold for more than 100,000 dollars.

12. Bob Barker is a Karate Master
The beloved former host of the popular American game show The Price is Right is a household name and has a kind and considerate personality that people are drawn to. However, when preparing for his brief role in Adam Sandler’s film Happy Gilmore, we learned that pleasant game show host is a karate expert. He trained for eight years with none other than Chuck Norris.

13. Eva Longoria Can Play the Clarinet
The beautiful actress who has starred in several blockbuster movies and TV shows like Desperate Housewives and Empire is also an expert at playing the piano as she displayed in a 2011 interview with Jimmy Kimmel.

14. Jennifer Garner Plays the Saxophone
Another musically-inclined celebrity on the list is actress Jennifer Garner. While it may not be a current hobby of the Dallas Buyer’s Club star, it was something that she took very seriously during high school in band class.

15. Susan Sarandon Enjoys a Refreshing Game of Ping Pong
Longtime actress Susan Sarandon has played plenty of distinguished characters, which makes her hobby even more unique. She enjoys playing ping pong and has been known to present ping pong tables to her close friends as well as donate them to inner city schools for many years.

16. Mila Kunis Kicks Back with World of Warcraft
When the That 70’s Show actress isn’t busy filming or taking care of her children Wyatt and Dimitri, she loves to relax by playing the popular PC game World of Warcraft, proving that celebrities are just like the rest of us.

17. Kristen Wiig is Multitalented in the Arts
Funny lady Kristen Wiig never fails to make us laugh. But did you know that this Saturday Night Live alumnus is educated in the fine arts? She has earned her art major and can also do a bit of graphic design as well.

18. Jared Leto Relaxes by Mountain Climbing
The Thirty Seconds to Mars singer and actor has recently taken up a love for mountain climbing and hiking throughout the beautiful canyons of the world. He has shared several photos of his adventures on his Twitter page along with some breathtaking sunsets while up in the air.

19. Tiger Woods Goes Spearfishing
How else would a world-famous pro golfer spend his off-days than spearfishing? The athlete has shared images of his favorite pastime (aside from golfing) on his official website.

20. Elton John Collects Unusual Specs
Sir Elton John, the popular singer and composer has always had a keen eye for eyewear, especially unique frames. His collection of fashionable glasses includes many original and one-of-a-kind designs. In addition to spectacles, he also loves to collect fine art, old photographs, and cars.

21. Taylor Swift Creates Snow globes
Singer/songwriter Taylor Swift has many awards to display on her mantle, but she always must leave enough space for her own handmade Christmas snow globes. The globes are made with traditional mason jars and include Christmas trees and angels inside. Of course, glitter must be included as well.

22. Ricky Gervais is Another Artist on the List
Comedian Ricky Gervais is well known for his sarcastic sense of humor, but this Brit has a hobby that is as peaceful as a warm summer day. He loves to relax at home painting various landscapes and cityscapes and is a big fan of art history.

23. Quentin Tarantino is a Collector of Board Games
The quirky director is known for his odd and often dark sense of humor, but when he isn’t creating memorable films, he enjoys collecting vintage board games, especially those that relate to old TV shows.

24. Tom Hanks Collects Vintage Typewriters
They may be out of style, but for American actor Tom Hanks, the classic typewriter is a thing of beauty. Many of the old manual typewriters that he owns are still in working condition, and he is known to take one or two along with him on the road to work on projects the old-school way.

25. Robert Pattinson Enjoys Playing the Guitar and Piano
The British actor known for playing the love-struck vampire Edward Cullen in the Twilight series may enjoy acting, but also loves to play musical instruments such as the guitar and piano. Diehard Twilight fans know that he also sang and played for a track on the movie’s soundtrack. 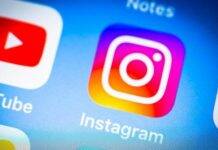