Celebrities around the world flooded social networks with messages of love and support to pay tribute to the young victims of a deadly terrorist attack in Manchester, England.

As new details emerge about the terrible explosion at an Ariana Grande concert on Monday night, singers and actors used social media to mourn the events with their millions of followers. Many celebrities have also sent messages of support to their fellow artist, Ariana Grande, who left unharmed, but said she felt “broken” via Twitter.

What began as a night fun ended in a tragedy in which at least 22 people were killed and more than 50 were injured after an explosion in the lobby area of the Manchester Arena, where the concert was held. Grande’s tour has been indefinitely suspended after the attack. The singer had two more concerts scheduled in London for that same week.

The singer of Dangerous Woman returned to the United States immediately after the attack. Ariana Grande is now at her home in Boca Raton, Florida, where she was welcomed by her family and boyfriend, Mac Miller.

These are some of the messages of pain, love, and support celebrities have sent on regards of the attack.

Our deepest condolences to the victims of the attack. 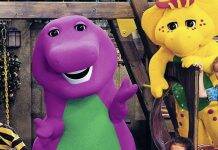