The fourth season of Netflix’s Orange Is The New Black was, for the majority of the fans, the most intense and sad until now. From the very first episode, we knew everything was about to change in Litchfield, and it did, indeed.

WATCH OUT! Spoilers ahead…

New alliances and rivalries were formed, as new authorities came to the famous women’s prison. Nicky Nichols came back, luckily, but Poussey left us in a tragic accident. And from that moment on, the girls decided to take matters into their own hand and put an end to injustice and abuse once and for all, with a riot about to break out in the series last episode.

Many of the questions we had from season three were resolved, but new inquiries raised after OITNB’s massive cliffhanger ending.

And as we start watching the new season that was just realeased hours ago earlier this morning, we can only think of one thing: How will the story wrap up?

These are the 18 questions that have to be answered in Orange Is The New Black season 5.

Getting Your Garden Ready for Winter: Gardening Tips 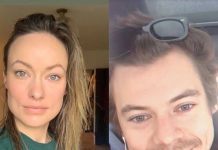