Tickets for “One Love Manchester”, Ariana Grande’s benefit concert honoring the families and victims of the bombing in Manchester, went on sale yesterday, at 10:00 am UK Time. After only 6 minutes, the 45,000 tickets sold out.

All funds raised, which are estimated to be about $2.5 million, will go to the We Love Manchester Emergency Fund, an organization created by the Manchester City Council in association with the British Red Cross. The profits will help the victims of the recent terrorist attack that left a balance of 22 dead and over 50 wounded.

Ariana Grande suspended her Dangerous Woman world tour after the Manchester attack. But after a few days of silence, Grande announced via Twitter that she would coming back to the “incredibly brave city of Manchester”.

In addition to Ariana Grande taking the stage, Justin Bieber, Coldplay, Katy Perry, Miley Cyrus, Pharrell Williams, Take That, and Niall Holland will be joining the charity event that will be taking place on June 4.

Those who attended the original concert two weeks ago on May 22 were offered free tickets. The rest of the tickets were sold for $52 each.

The upcoming show at the Emirates Old Trafford Stadium, with a 50,000-people capacity, is expected to have strong security measures. Attendees are being recommended to not bring any backpacks or large bags. 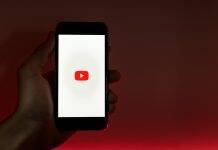