George Clooney just got the biggest role of his life: being a dad!

“This morning Amal and George welcomed Ella and Alexander Clooney into their lives. Ella, Alexander and Amal are healthy, happy, and doing fine. George is sedated and should recover in a few days,” the new dad’s spokesman said in a statement yesterday.

Last February, sources confirmed that the Oscar-winning actor and director, and the international human rights lawyer were expecting. “We are really happy and really excited. It’s going to be an adventure”, said George Clooney on an interview about the pregnancy.

Since the march toward diapers and matching onesies officially began, the couple have stayed relatively private about Amal’s pregnancy.

The now family of four’s story began when Clooney and Alamuddin tied the knot in Venice in September 2014, with a star-studded ceremony. A-list friends at the celebration included Bono, Matt Damon, Cindy Crawford, Emily Blunt, and John Krasinski.

Although the new proud parents haven’t yet confirmed where the family will live now that the Clooney clan has double its size, all signs point to England, where the twins were born, and where George, 56, and Amal, 39, have spent more than a year extensively renovating their 17th-century manor in Oxfordshire.

Congratulations to the Clooney family! 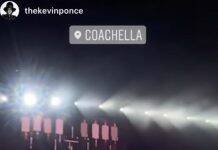 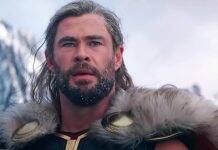 Chris Hemsworth shares photos with his daughter behind the scenes of...