It was the year 2014 when Gwyneth Paltrow and Chris Martin announced their separation. And so, Hollywood lost one of its strongest, most stable couples—they were married for eleven years—but gained a new expression: “conscious uncoupling”. Yes. The couple invented the term so that they wouldn’t have to talk about divorce, and therefore could face the situation in a more positive way.

After the storm, comes the rainbow, and now, with a new relationship going strong, the actress opened up about that difficult moment in her life in a recent interview for The EDIT magazine. “I wanted to turn my divorce into a positive,” Paltrow, 44 revealed. “What if I didn’t blame the other person for anything, and held myself 100 percent accountable? What if I checked my own s— at the door and put my children first? And reminded myself about the things about my ex-husband that I love, and fostered the friendship?” She added “what I put myself through to get there was the most difficult thing I’ve ever done in my life.”

The Goop founder and the Coldplay rocker are now tow of Hollywood’s friendlies exes, so much that they even go on vacations together and spend the holidays as a family. However, that doesn’t mean the split wasn’t painful to go through. “What I put myself through to get there,” she added, “was the most difficult thing I’ve ever done in my life.”

Despite all the jokes, the Oscar winner hopes she and her former husband have helped more people understand what “conscious uncoupling” is all about. “People are coming around. I know it’s a dorky term, but it’s very worthwhile,” she said. “I’m always the person who gets s— at first, but then later people say, ‘Hey, maybe that’s a good idea.’ I don’t mind.” 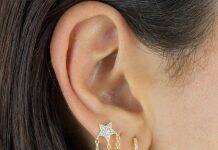