The recent US premier of ‘Wonder Woman’ has once again triggered the hype for DC’s deteriorating universe. The Amazonian achieved what ‘Batman vs. Superman’ and ‘Suicide Squad’ couldn’t, that is, unifying the critics and the public’s opinion. Maybe that’s why Warner is thinking what their next step will be. And Joel Kinnaman just revealed the Suicide Squad sequel could be it.

In an interview, the actor said the next villains’ movie could arrive sooner than expected. “As far as I know they’re writing the script, and I think the plan is to shoot it sometime in 2018, but that could change. I think I’ll definitely come back for it,” the ‘House of Cards’ actor said.

For the time being, the film is still without director. In spite of the rumors indicating candidates like Ruben Fleishcer, Jonathaan Levine, Daniel Espinosa, or even Mel Gibson as David Ayer’s successor, Keinnaman assures that for the moment, the sequel doesn’t have a helmsman yet.

“Ultimately, I’d love for David Ayer to direct it, but if he doesn’t want to direct it then someone who is great with character and that’s able to ground the story maybe put these characters in a more normal situation. It would be really interesting to see these crazy characters interact with regular people as well,” Kinnaman said.

David Ayer’s return to the movie seems unlikely, though, since he is currently committed to direct ‘Suicide Squad’ spin-off ‘Gotham City Sirens’, which will just start filming this summer. 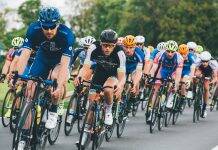