After the latest adaptation of “Beauty and the Beast” with Emma Watson and Dan Stevens, we will soon enjoy another Disney classic in live-action. In July 2017, a.k.a. this month, the production of Aladdin will start, a film based on the story of a young man who find a magic lamp that would change his destiny.

In this context, producers are already in the search for the actors that will give life to Aladdin and Jasmine. But after the controversies caused by the casting of the upcoming movie Mulan, Disney promised this time there will be no “whitening” of the lead characters.

Producers have been looking for a Middle-Easter actor, ages 18-25. But Disney’s magic carpet ride has hit a bit of turbulence.

Apparently, Disney is having trouble casting Aladdin, and the internet is losing it.

I mean, we can think of at least a dozen of amazing actor who could totally play the street hustler tuned prince, not only because their ethnic background, but because their terrific acting skills.

Click through our photo gallery to see 11 actors who would make an amazing Aladdin.

Hopefully Disney producers will see this! 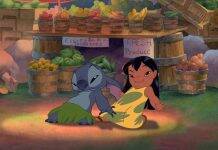 10 Stories Of When Meeting Your Favorite Celebrity Lives Up To...