Such a Deadpool thing to do!

On Monday, Ryan Reynolds – a.k.a. Wade Wilson, a.k.a. Deadpool—tweeted out the first official look of Josh Brolin as his cyborg pal Cable in the upcoming sequel of the Marvel antihero movie.

“We all have that one, grumpy, heavily armed Uncle from the future,” Reynolds captioned the close-up image of Brolin, whose makeover seems in line with the comic book incarnation, down to the scarred face, cybernetic arm, and artificial eye. Reynolds shared a second picture of Cable, a full-body shot showing off his giant machine gun, weapons strapped to his body, and a worn teddy bear hanging from his belt.

Cable, who is the telepathic son of X-Men’s Cyclops, first appeared as an infant in the 1986 Uncanny X-Men series. His adult identity was created by writer Louise Simonson and artist/co-writer Rob Liefeld, with Cable first appearing in the March 1990 edition of The New Mutants. Cable later was paired with Deadpool in a 2004 comic-book series.

A week ago, Reynolds confirmed the casting of another crucial character in the sequel, by posting a picture of Atlanta star Zadie Beetz as Domino. Aside from Brolin and Beetz, the ensembled cast also consists of Jack Kesy as an unspecified villain, T.J. Miller as Weasel, Leslie Uggams as Blind Al, and Morena Baccarin as Vanessa.

Ryan Reynolds is not only reprising his iconic Marvel role, but he is again serving as a producer on Deadpool 2, alongside X-Men franchise caretakers Simon Kinberg and Lauren Shuler. 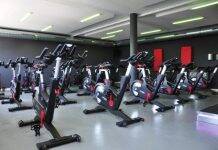