“No, I’ve tried and it’s embarrassing,” that’s what Prince Jackson said about his dancing and singing skills.

I mean, yeah, that must be embarrassing for people who can’t Moonwalk considering how everyone—specially you and me—is so good at it!

Michael Jackson’s eldest son was on an interview in a British TV show Tuesday morning, and he shared the struggles of living under the shadow of The King of Pop and what it had been like trying to build his own identity.

“It definitely is because I do video production and most of it has been music videos so a lot of people think I’m a music producer, which I really am not in that field,” he said.

And coming from a family full of famous musicians (I mean, Michael Jackson alone… c’mon!), Prince revealed that he won’t be performing in any Jackson Five reunions.

“I can’t sing, I can’t dance, I can’t do any of that. There’s no way I can even be part of any of that,” he confessed, shutting down any possibility of following his dad’s footsteps at once.

But even though Prince isn’t necessarily the man in Michael Jackson’s mirror when it comes to his music career, he’s been working hard to continue with his father’s philanthropic work, adapting Michael Jackson’s global foundation, Heal the World—named after his 1992 hit song of the same name—to make a difference in his community.

“We focus on child hunger, child abuse, and homelessness in the Los Angeles area,” he said. “We really structured it off of Heal the World but on a smaller scale to lead by example to say you don’t have to be a pop star or be very famous to make a difference. You can make a difference by going out and doing these things by yourself or with a group of friends in your own city.”

During the interview, Prince, 20, also explained how working behind the scenes on his production company —named “King’s Son”, pun intended — allows him to be in the entertainment industry, while still living the private life his father worked tirelessly to guarantee he and his siblings would have.

“I’m a very private person in my private life and I don’t like to reveal to the public things that aren’t appropriate,” Prince said. “I decided to go into production because it’s still in the entertainment industry, but behind the camera.” 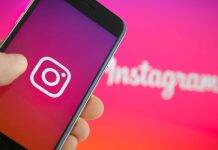